We’ve been buying houses in Lake County and the rest of Central Florida for over 10 years. We’ve bought a lot of houses and we’ve encountered many different unexpected situations, but we’ve never had a house flood – until now! We recently bought this house in Leesburg, FL and it flooded before the sellers even moved out. Here’s what happened.

Why They Sold Their House To Us

This wouldn’t have been such a big deal, except they were trying to sell the house at the height of the COVID-19 pandemic. Buyers were not out looking at houses because everyone was staying at home.

The sellers realized that they had to figure something out fast, so they contacted us. We came out and looked at the house, and then made them a cash offer. We bought the house as-is, we paid all of their closing costs, and we were able to close right before the closing for their next house so that they could use the proceeds from the sale of their current house to close on their next house.

The Sellers Called And Said The House Flooded

We gave the sellers a week or two after closing to stay in their current house so that they could get everything moved out and into their next house as stress-free as possible. We’ve found that sellers really appreciate the buffer period after closing instead of having to move out right away.

During that period when the sellers were moving out, they called us on a Saturday evening and told us the house had flooded. They made taken a load of belongings to their new house, and when they came back, they found that the whole house was flooded.

About The House In Leesburg, FL

This is a fairly new house. It doesn’t need much work, just some minor repairs and updating. It does have laminate flooring, which soaked up a lot of the water. The laminate flooring and the carpet in the bedrooms will have to be removed. Other than that, it’s just a typical builder-grade, Florida house.

What Caused The Plumbing Leak?

Not only have we never had a house flood before, but we’ve also never seen a flood caused by this type of plumbing failure. Under the master bathroom vanity, one of the braided steel faucet supply lines developed a hole in the side of it, and that is what flooded the entire house. Those braided steel supply lines are usually pretty durable, so it was surprising to find out that this one failed.

We Got The House Dried Out As Quickly As We Could

When the sellers called and said the house was flooded, we immediately ran and got our Shop Vac and as many fans and dehumidifiers as we could find. By the time we got to the house, it was around 8 pm on a Saturday. We helped the sellers move their personal belongings out of the water and stayed until around 10:30 pm helping them get all of the standing water out and setting up fans and dehumidifiers.

Do You Need To Sell Your House In Leesburg, FL?

If you have a house to sell anywhere in Central Florida, whether it’s in Leesburg or the rest of Lake County, we’d like to make you a cash offer! Whether your house needs a bunch of repairs and you just want to sell it as-is and be done with it, or whether you need to sell your house really quickly – we can help!

Whatever your situation, reach out to us or submit your property information using the form below. We’ll make you a cash offer on your house, and you can move out on your terms.

“In the beginning, I was honestly very stressed about what to do and he managed to take all the stress and hassle out of everything!”

I don’t know where to begin. If any of you who are reading this review knew the background/situation on the house that Matt and My Florida Home Buyers handled for us, I think you would be very shocked at the outcome. All I can say is that Matt did an amazing job at guiding me through the process and keeping me updated on the next steps that I needed to take to get this task accomplished. I do not live in Florida anymore, so everything was handled via email/phone and worked smoothly. Long-distance is no issue with Matt! My house was a complicated situation, to say the least, and Matt executed perfectly. In the beginning, I was honestly very stressed about what to do and he managed to take all the stress and hassle out of everything! I believe he was more than fair with what he offered and will work with you so that both parties are happy. If I had any other properties in the area that he services, I would 100% get him on board again. You will not be disappointed!

“These guys are fantastic, fair, gave us a great deal and have been amazing through the whole process…” 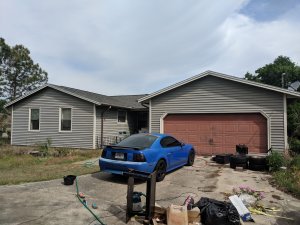 These guys are fantastic, fair, gave us a great deal and have been amazing through the whole process, which with my family was not the easiest. I can not say enough good things about Matt & Jon. Thank you

“I wish you were who I talked to first. I am resting easy with a fair deal, fast close, what was said on day 1 was what we signed to at close.” 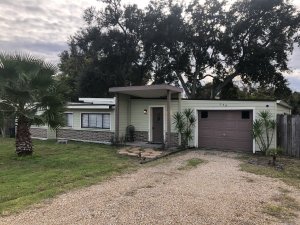 Would I recommend my Florida Home Buyers? Yes, I would and I wish you were who I talked to first. I was lead in every direction except down the right path until talking with Matt B. Every other company pushed me to sign contracts only to waste months of time and then pull out at the last minute. I was sending other companies contracts I had signed to him and having him walk me through my mistakes. Let’s say I am resting easy with a fair deal, fast close, what was said on day 1 was what we signed to at close. Thank you My Florida Home Buyers, I’m on to my next house Thank YOU!!

Situations We Can Help With:

We Buy Houses In: